This post may contain affiliate links. This means I may receive a small commission if products are purchased through them. All opinions are honest and remain my own.

Summary: If you’re looking for a great clumping clay litter that works well at covering up icky cat litter box smells, this new Fresh Step with Gain scent is pretty darn good (one of the best I’ve ever tried actually!) This litter also is fairly affordable and doesn’t stick to the edges of the litter box. Overall, I really would recommend this – you can check current prices here at Chewy. 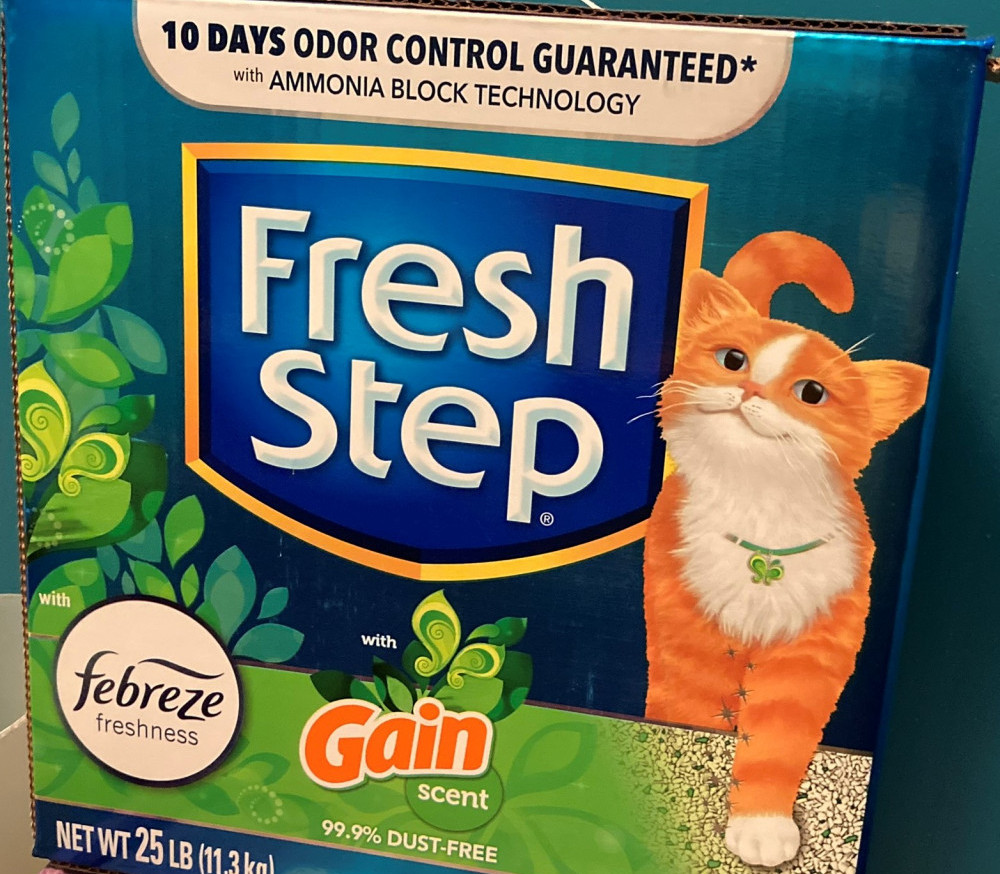 Fresh Step brand makes many varieties of clumping clay cat litter which, in my opinion, are all decent (although being completely truthful, I was NOT a fan of their Clean Paws line).

They recently launched this new Gain scented litter and Chewy sent me a box for my honest feedback. (I was under no obligation to provide a positive review, I am only writing this because I honestly really liked it).

When I first poured this in my litter box, the smell was strong. It reminded me of laundry (well, surprise surprise!) But I will say that the strong scent faded to more light and pleasant fairly quickly. I didn’t even notice the scent lingering on my cats after they had a visit to the box (which happens with other kinds).

After my first day, I was impressed. Now I just had to see if it would hold up and stand the 10 day odor test…

What is Fresh Step with Gain made from?

This Fresh Step is made from bentonite clay, which makes it clumpable. You can simply scoop out the box each time instead of dumping out the entire contents of the box. While you have to change out the litter eventually, you don’t need to do it nearly as often as if you used a non-clumping variety.

I personally prefer clumping clay as it’s easier to maintain and controls smells better than other types.

This litter has pretty fantastic odor control. I had previously been using Up and Up clumping and Tidy Cats clumping w/ Glade – and while I actually really liked them initially, I realized after awhile that they do not cover up smells nearly as well as this Fresh Step does.

With the other litters, they didn’t last long before they’d start to stink (after and between scoopings). I’d have to use a cat litter deodorizer because even after scooping, I could still smell it! But with this Fresh Step, I wasn’t ever able to smell anything between scoopings (well, ok, except when my cats would poop and not cover it up!) But once it got buried, I could not even smell it at all.

It’s been a couple weeks of using this litter and it still does not stink at all, which outlasts their “10 day odor control GUARANTEE” printed on the box.

This Gain scented Fresh Step clumps pretty well as far as clumping litter goes. It’s not completely perfect, and there are some breaks and bits of clumps left behind, but overall it’s OK.

I will say that it clumps much much better than the Fresh Step Clean Paws line though. I absolutely hated that stuff!

Is it dust free?

According to the box, it’s 99.9% dust free. I did notice a bit of dust kicked up as I poured it into the box, but overall I really didn’t notice it at all and I wasn’t irritated by it as I scooped out the box. I have used other litters that are much dustier! 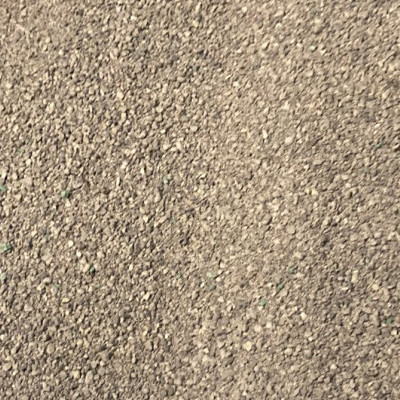 I found this litter tracks just about the same as any other. The granules are small/medium size so they can get stuck in your cats paws and carried around.

I haven’t actually found a litter that doesn’t track, at least a little bit. I’m constantly sweeping up litter granules around the box and in the hallway outside of the litter area, but I don’t tend to notice them elsewhere throughout the house.

This is a pretty mid-range price as far as clumping litters go. It’s not the least expensive, but not the most expensive either. Of course, the price also can vary depending on where you buy it – but you can check Chewy’s current prices as they tend to have the lowest.

If you’re looking for a cat litter that’s better for odor control, this would be something I totally recommend. This is up there with one of the best I’ve ever tried as far as that goes, which says a lot. While it may not clump quite as well as others, its ability to conceal smells makes it worth it.

Find it here at Chewy